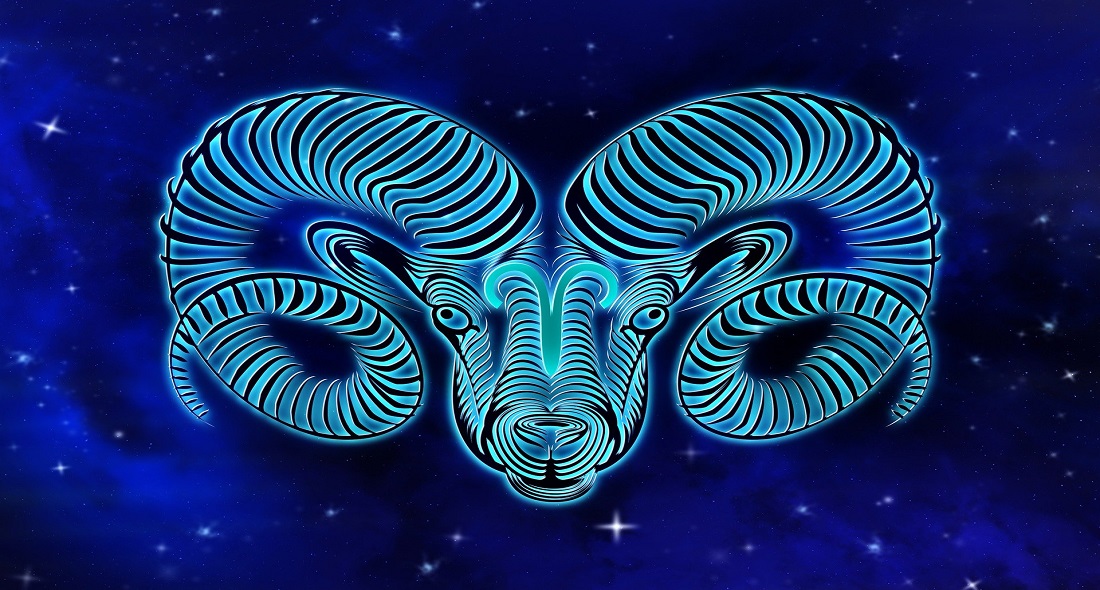 Those born under this zodiac will have birthdays that fall between March 21 and April 19. Bridging the transition between winter and spring, Ares breaks through the frigidity of winter into the transformative season of spring. Adept at shaking off the remnants of the past, Ares are born leaders and visionaries.

Aries are endowed with the power to foresee future success and failure. They know what will be accepted and what will be rejected before the masses. As such, the occupy positions of power and influence where their pioneering vision can be used to the greatest effect.

Often outspoken, Aries is often considered to be extremely competitive, headstrong, and have abrasive personalities. Always ready to face a challenge with partners or alone, Aries are the trendsetters and always maintain focus on what is in their own best interest.

Aries is represented by the element of Fire. This element is most commonly linked to spontaneity, passion, drive, and impulse.

The Ram symbolizes the innate stubbornness of Aries. Their unquenchable drive and fiery temperament often lead Aries to “butt” heads with those around them.

This symbol is also one of generosity of fortitude. Aries is bound to lend their strength and position in life to life those who are unable to live themselves.

If Aries dwell too long on how they can enrich themselves, they will inevitably become negative in other aspects of their lives. This can be observed in Aries who focus on their professional status and monetary enrichment to the detriment of their personal relationships.

Red as the day is long is how we can characterize Aries. Their fiery blood and passion are evident in just about everything they do. However, all momentum can get Aries into hot water with those around them.

White and pink are also appropriate colors for Aries. These will temper passionate actions with a cooler veneer.

Gold is another color Aries are drawn to as it symbolizes prosperity and achievement. Two things Aries tend to hold in high regard.

Thistle and Honeysuckle are the birth flowers of Aries. These two brilliant blooms also mirror the Aries with the former’s prickly exterior and the latter’s rich aromas that can have a commanding presence in any setting. Much like Aries themselves.

Aries are brave and self-confident, almost to a fault. While also honest and not afraid of conflict, their blunt nature can turn people off.

Physical strength is another defining trait of Aries. These individuals are often physically active and place importance on the physical stature of themselves and those around them.

Aries have a famously wicked temper, which can be their downfall in many respects. This is fed by their shortness of patience and a tendency for sudden and significant mood swings.

The Relational Powers of Aries

While we’ve touched on this in several ways already, Aries have the tremendous psychic power to predict future trends. Their confidence behind these prognostications doesn’t leave much room for dissenting opinions. As a result, the relationships among Aries can be rather strained without a balancing personality on the opposing end to temper their hot-blooded and stubborn nature.

Aries are trend-setters and visionaries in the professional arena. They are not satisfied with your typical 9-5 and will continually strive for a higher position. In this case, they focus on having the greatest impact they can, rather than riding things out as long as possible.

Salesmen, financial professionals and executives are among the professional positions Aries often hold. Their competitive nature will see them continually butting heads with those around them in the workplace. While their efforts may be benign from their own perspective, they can be viewed as toxic in the workplace without a counterbalance.

Aries are dominant in just about every sense of the word and they don’t pair well with others of the same temperament. A more easy-going and tender personality is required to even out the relationship dynamic.

Their passionate love is often intense and they love to flirt. Men can be boastful of their prowess and both sexes can be positively carnal in their attempts to entice a new partner or keep an existing relationship spicy.

Both ambitious and independent, Aries children don’t like being corralled.

They are often self-reliant at every age where independence is an option and tend to have more distant relationships with family. While it can be said that Aries doesn’t put much emphasis on keeping up with family contact, they love with as deep a connection as any.

Aries’ temperament can make having disagreements difficult and civil discourse a rarity. This makes maintaining close friendships an especially challenging endeavor for some. That said, those who do find friendship with Aries can rest assured few would fight more fervently in support of their friends.

Aries may not be the easiest to get along with but they will always endure to enable and lead their friends toward positive outcomes.