Home
Blogs
How to Stop Attracting the Wrong Kind of Guys

How To Attract The Right Man Into Your Life

I feel a bit like I’m in a recovery support group doing this, but then again, upending my dating life has certainly felt like overcoming a dependency I didn’t even know I had.

My name is Jenny, and, up until recently, I suffered the wrong kind of men for far too long. Not really knowing what it was I wanted, but rather what I thought I wanted, left me lame and perpetually unsatisfied in my relationships. That all changed when I was able to take a step back and reevaluated my dating habits, along with a bit of spiritual guidance.

I guess we should start with my relationship and how it led me to the conclusion that I needed a big change. We’ll call him Evan.

We initially began crossing paths after I’d started a new position at an office complex downtown. A few hellos and casual conversations were had in passing, followed by some not so subtle hints that there might be more to this than cordial office park neighbors. He invited me to have a drink at a cocktail bar between our two buildings and I accepted.

He was sharp, not just in style but he had a dry wit I really enjoyed. Our first date there at the bar felt so natural; the two of us quipping back and forth without missing a beat. Unfortunately, the feeling of new beau euphoria faded quickly. Impartially spinning olive pits in a light beurre blanc, I struggled to keep a rhythm as the conversation kept edging towards all things him, which, at this point, was fine with me. I had already checked out.

After the bill came, we went our separate ways. I knew we’d meet many more times in the in-between, but for me, this was going nowhere. I felt like a failure for not being able to pick up on his problematic behavior. At this point, I knew something had to change and I decided a timeout from dating was in order. At least, until I could figure out why I was getting nowhere in my quest for a real connection.

Identifying Where I Had Gone Wrong

Living in a metropolitan city, it’s easy to be distracted by clothes, grooming, connections, and seemingly smooth individuals. I know I had bought into a lot of these stereotypical qualities that women are advised to look for in a partner-good job, good clothes, good taste, etc. But I just couldn’t stand it. These were rarely the men who gave a damn about what I had to say in any conversation, much less take real steps towards growth or any meaningful partnership. Relationships rampant with grand promises followed by retractions, feigned sincerity that wanted to aggression, and flat out deception became the norm for me.

I got tired of it. I had been tired for a long time since breaking things off with my ex. Hope is a powerful feeling. No matter how bad you’ve been mistreated or taken advantage of by a “partner”, you hold out hope there is light at the need of the tunnel. You hold out hope that maybe they’d change somewhere down the road. With my self-esteem drained and feeling like I was the problem, that I wasn’t worthy of investment, how could I go on with this dog and pony show?

I will tell you that there is a certain satisfaction of getting out of a relationship you know is bad. However, there is still a nagging feeling in the back of your mind asking did I make the right choice?

Well, doing the same thing over and over hadn’t led me anywhere new. So, I made the choice to work on me before I set foot on another first date. 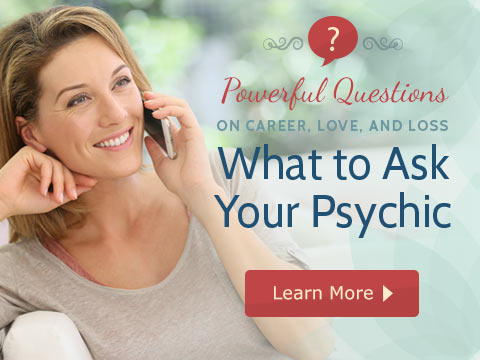 What I Really Needed

Knowing that something is wrong is the first step towards finding a solution. At least, that’s what I kept telling myself.

What I did know was that I didn’t want another relationship like the one from which I had just been self-excised. This was my chance to take a step back and come up for air. But who wants to be stuck on a raft drifting in no particular direction the middle of an endless ocean of uncertainty? I needed somewhere to anchor and get perspective. Enter Sarah.

Sarah had been my best friend since we were old enough to tie our own shoes. She didn’t have the greatest luck with guys either, at least not until recently. So, thinking of her own turnaround in terms of relationships, I reached out.

She had a laugh and reminded me that this wasn’t the first time I had sounded the alarms. But this was serious.

“What am I doing wrong?”

I softly pleaded. She never saw me with the men is was with. That is to say, it was never a fit. I was too focused on what I was told to look for in the bustling life of a professional. What I really needed was someone to ground me, unapologetically and genuinely. And what I needed more, was to stop thinking I could fix a man that was halfway there. And that was the kicker. For too long I had accepted personalities that other women would have balked at, simply because I thought my influence and time could mold the man I wanted from this shape.

To make a long story short, she asked if I considered doing a psychic reading. Seriously? I came to her with a crisis and her solution was smoke and mirrors? She laughed it off and said she didn’t blame me. It was a preposterous notion when the thought had popped into her head, too. But at that point in her search for stability, she’d exhausted every other alternative she could think of. “Let me save you the trouble,” she said, “call this number.”

Could it really be that easy?

Every ounce of me shuddered at the thought. This is was for the desperate. Psychics took advantage of the miserable and lonely. But then I asked myself, isn’t that what I am? How much more could it hurt? A psychic reading couldn’t cost me more than another failed first date. So, I surrendered. What the hell, let’s do this. 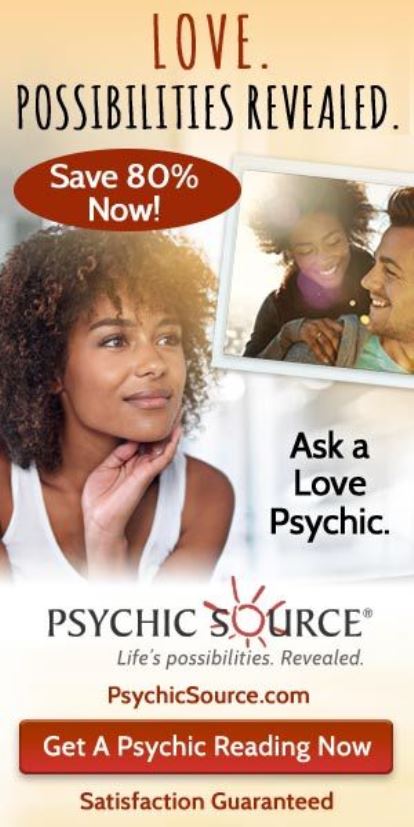 I half expected to find myself in a rundown parlor, smoke and incense clinging to the ceiling fixtures, layered curtains with tassels, and gypsy bangles chiming from a back room. You know the place. There would be the circular card table with a deck of tarot and crystal ball reflecting my piercing inadequacy right back at me. A woman with a silk headscarf adorned in small coins would look down her nose as she read the valleys in my palms. But there was none of that, I didn’t even have to put on shoes for this absurdity. It’s funny, how even with the promise of near-complete anonymity and being resigned to the idea of spilling my guts for a complete stranger, I still had to have a cocktail before picking up the phone.

It wasn’t a haggard chain smoker on the other end of the line. There was no coiling cackle as I muttered my name and the reason for my call. The voice was calm and soothing. It could have been my grandmother’s, but she’s been gone for a long time.

This wasn’t so much a spiritualist unraveling my past to determine my future. Rather, it was someone reading my personality based on some specifics I outlined. The determination she made for me wasn’t outlandish to the point I had to dismiss it. Instead, I thought it made sense. It was one of those perspectives so obviously in front of your face you couldn’t help but overlook it. The advisor determined what my compatible partner would offer based on my own qualities. Essentially, he would complement my shortcomings and I, his.

Good looks, a fat pocketbook, and professional pedigree are all things that are nice to have. But these qualities don’t penetrate the surface. My ideal partner would be courteous, not take himself too seriously, and know when to push me towards a goal or back off and let me find my own way. At least, that’s what my advisor would go on to tell me. I was inclined to agree.

I Was Blind, but Now I See

I took my psychic’s suggestions to heart and, feeling like I’d made some introspective progress, decided to step back out into the dating world after a six-month sabbatical. I’d be lying if I said that I landed a keeper on my first date out of the recovery ward. He was far from it. However, there was an improvement. My whole approach to dating had evolved. I wasn’t stumbling through the dark chasing ideals that were more a crowd-sourced focus, rather than my own unique needs and desires. I didn’t see myself making the same mistakes, like getting invested too early. I found myself more easily knowing when to cut things short and not limp on with guys who weren’t worth my time. By holding on to men who would mistreat me time and again, I had kept an open wound and wondered why I was in pain. Now, I am happier overall. My mood has improved, my performance and demeanor at work have been noticed and rewarded, and I am investing in more valuable and genuine connections.

I am now in the longest relationship I have ever been in., I can’t say the last nine months with my partner are all credited to my advisor. However, I can definitely say having consulted her experience and getting the perspective only an outsider looking in can provide, I found was I was looking for much faster.

I know there are many self-help methodologies out there, not to mention all the hook-up apps, speed-dating soirees, and motivational speaking engagements. It may sound cheesy to say I found an answer to my problems in one of the most unlikely places, but I did. I really did. I know that Psychic Source helped me with my dating hang-ups and showed me why I was looking for love in all the wrong places. If they can get me through one of the toughest times in my life, they may be able to help someone who finds themselves in the same position I was. Let me save you the trouble of searching in circles and get in touch with them. Happy beginnings.

The purpose of our lives is to be happy.
Dalai Lama​​